The Ukrainian flag will be flown from the Town Hall on Tuesday 15th March, marking Felixstowe’s solidarity with Ukraine, the Mayor of Felixstowe announced at this morning’s flag raising for Commonwealth Day.

Having read the Commonwealth Day affirmation, the Mayor raised the Commonwealth flag with Reverend Andrew Dotchin, Parish of St. John’s Church, Felixstowe and said: “People of the town and my colleagues in the Town Council have been deeply affected by the ongoing crisis in Ukraine. We all stand in solidarity with those affected by this illegal invasion and, as we raise the flag today to affirm our commitment to the shared values of our Commonwealth nations, it is absolutely fitting that we fly the Ukrainian flag tomorrow to demonstrate our belief in justice for everyone, and peace among peoples and nations.”

Speaking at the Commonwealth Day event, Reverend Andrew Dotchin said: “As our nation and the rest of Europe becomes increasingly concerned about conflict in Ukraine and the human suffering that comes with it marking Commonwealth Day is an opportunity to remind us that there is a softer gentler way for Nations to work together.

The Commonwealth is rightly called a Family of Nations with the wonderful example of Her Majesty as both its Head and Mother.

Born out of the ashes of previous conflicts and the remains of the British Empire the Commonwealth has been a beacon of friendship and freedom between lands who share a common view of democracy. A mark of its effectiveness down the years is how Nations who were never under the British Empire have chosen to join not just because of trade agreements but because they are joining as friends and not competitors.

In our town of Felixstowe every fourth resident (25%) holds a passport that is not from the United Kingdom. Our own seaside community is a family of nations; something to celebrate in a world where causing division instead of celebrating diversity seems to be the benchmark for relationships between nations.

In recent weeks the generosity of our townsfolk towards those fleeing war in Ukraine demonstrates our commitment to being a place where all are welcome and freedom is cherished.”

The scheme will match people, charities, businesses and community groups to Ukrainians who do not have established families in the country, so they are able to come the UK.

Your can read our news post on the Government support here: https://www.felixstowe.gov.uk/local-sponsorship-scheme-for-ukraine/ 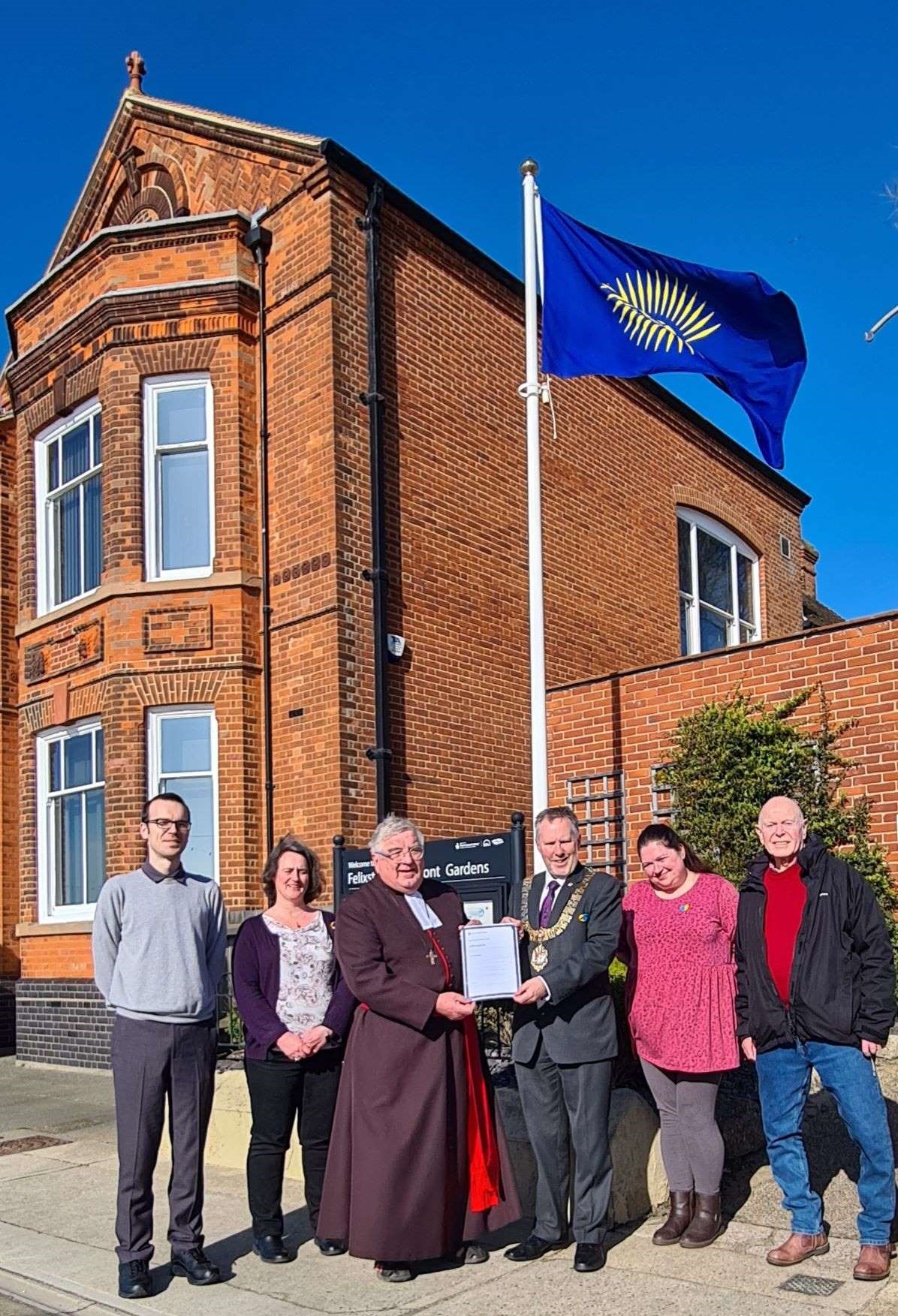 The Mayor of Felixstowe, Rev’d Andrew Dotchin and Cllr Mike Deacon, joined by Town Hall staff with the Commonwealth affirmation