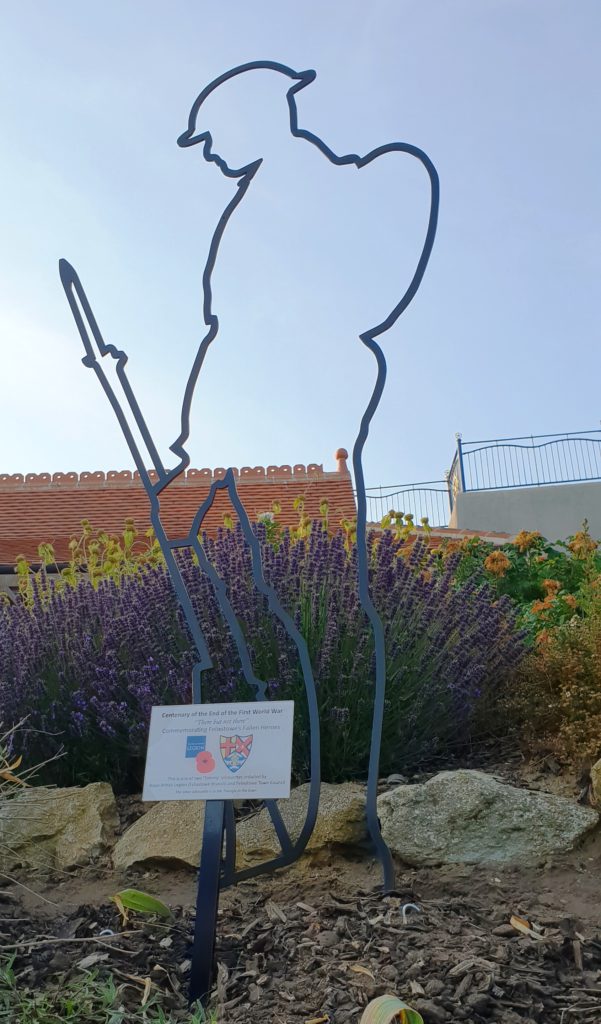 Tommy stands in solitary reflection in the Town Hall Gardens 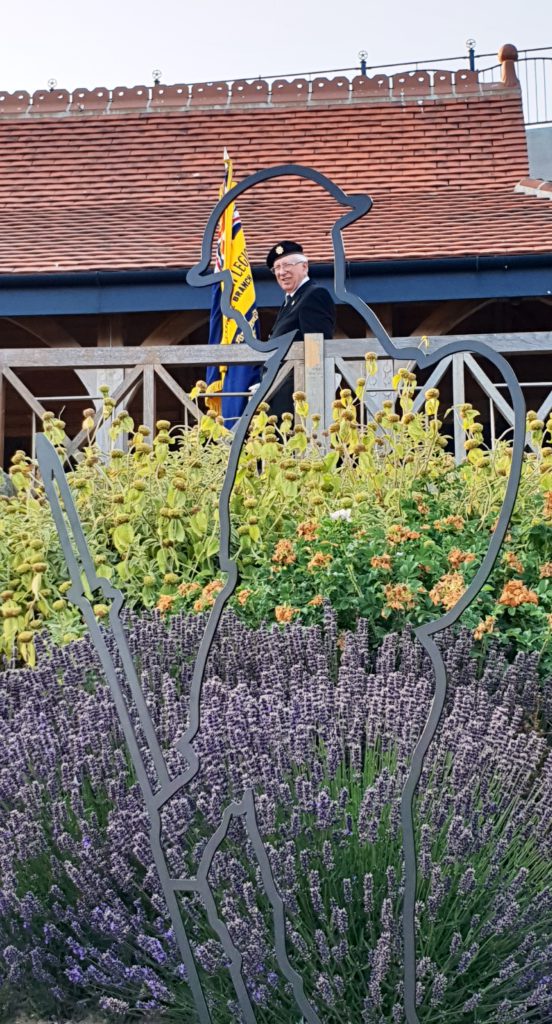 The Royal British Legion (Felixstowe Branch), in conjunction with Felixstowe Town Council, has installed two ‘Tommy’ silhouettes to begin the town’s centenary commemoration of the end of the 1914-1918 First World War. The figures, part of a series called ‘There But Not There’ represent the 888,246 British and Commonwealth service personnel who lost their lives as a result of the conflict. The installation has been supported by the Armed Forces Weekend Legacy Grant Fund, made possible by contributions from Suffolk Coastal District Council and others who contributed to the 2017 Suffolk Armed Forces Weekend event. One silhouette is in the Town Hall Gardens, opposite the War Memorial, with the other having been placed at the Triangle in Felixstowe town centre prior to being moved to watch over the War Graves at Felixstowe Cemetery from November. 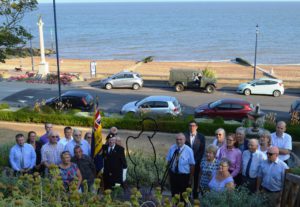 This year, a number of events are planned to mark the centenary of the end of WWI.

In August, representatives from the Felixstowe Branch of The Royal British Legion will join thousands on a pilgrimage of Remembrance to Ypres to lay a wreath from the town at the Menin Gate Memorial to the Missing.

On 27th October the town centre will host the launch of the Poppy Appeal in the lead up to local Remembrance events in November.

Armistice Day, 11th November 2018 falls on Remembrance Sunday and, in addition to the Civic Remembrance service, the town will be paying a special tribute this centenary year at Felixstowe War Memorial from 6pm-7pm that evening. Volunteers are being sought to represent each of the 163 First World War servicemen named on the War Memorial before a beacon is lit at 7pm, joining a chain of 1,000 beacons around the UK and beyond to mark ‘Battles Over’. Anyone who wishes to volunteer for the event should contact felixstoweremembers@gmail.com or visit the Felixstowe Remembers Facebook page to find out more.

Click on the poster below to see the events that are being planned: 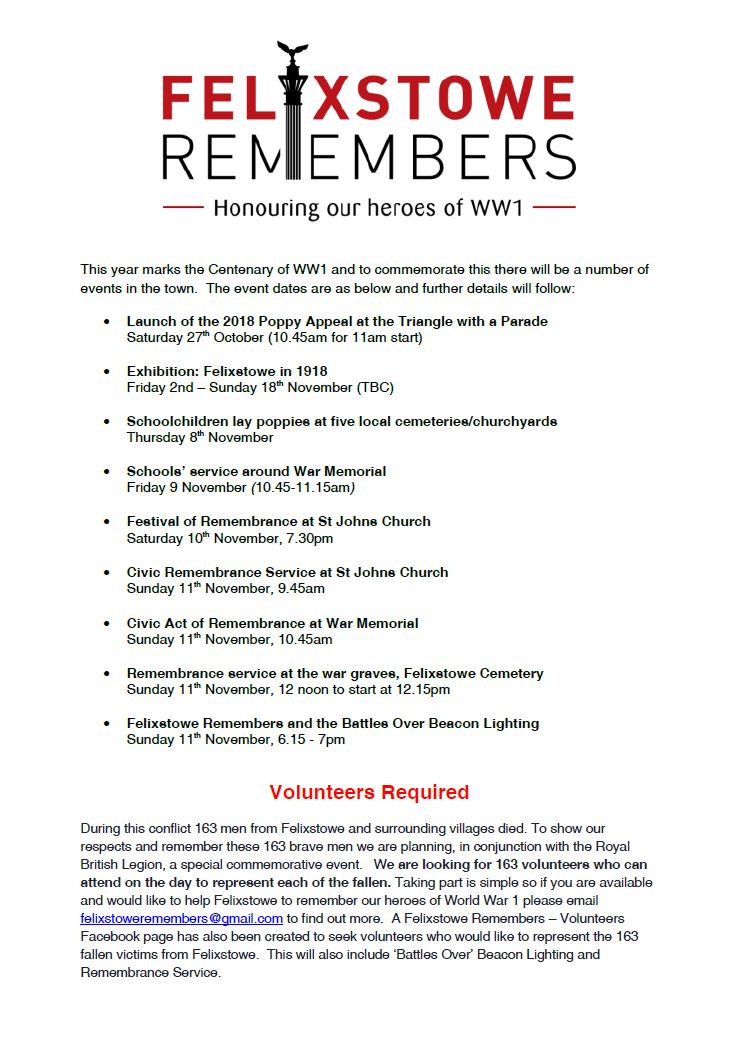