The clash of swords and firing of muskets… the seaside town of Felixstowe is preparing itself for an almighty battle for Suffolk Armed Forces Weekend 2017. 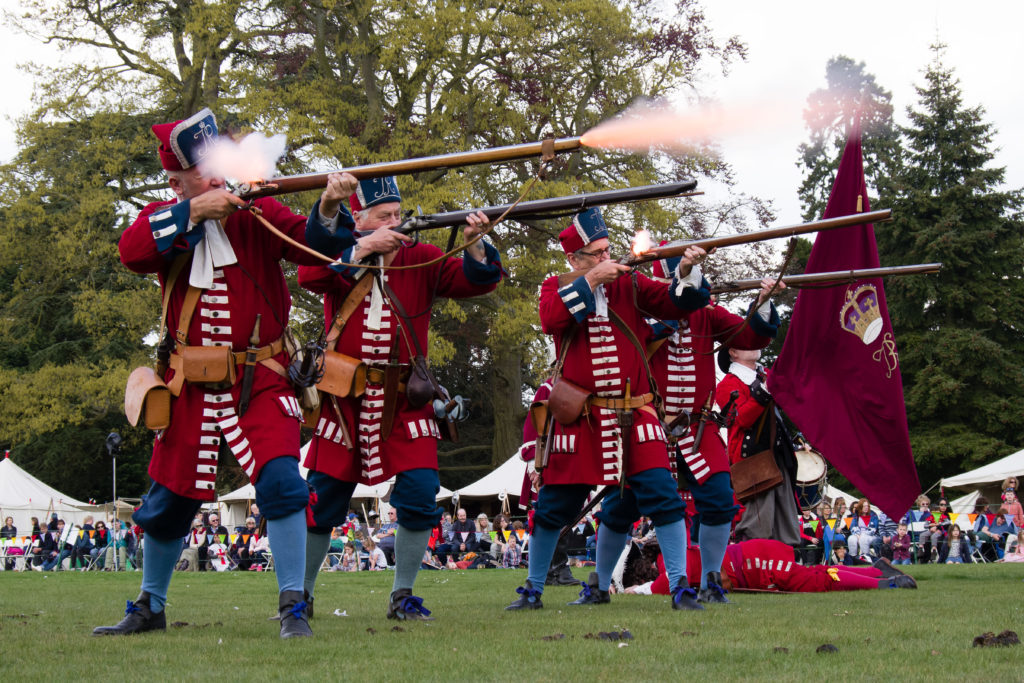 In scenes that have not been seen in the town in over three centuries, the town will once more echo to the sights and sounds of the dastardly Dutch trying to invade England.

This action-packed weekend, sponsored by Felixstowe Town Council and being hosted this year by Suffolk Coastal District Council on Saturday and Sunday, 24 and 25 June, recognises the huge contribution made by our servicemen and women from the past until the present day – and also marks the 350th anniversary of the Dutch attack on Landguard Fort.

On Sunday 25 June, up to 200 re-enactors from The Sealed Knot English Civil War Society and Dutch re-enactors will re-create the last opposed seaborne invasion of England, and the first land battle of the Royal Marines. Expect a thrilling spectacle with cannon, muskets and swords.

Paul Grant, organiser of Suffolk Armed Forces Weekend in Felixstowe, said: “Get ready for a battle not seen at Landguard since 1667. It promises to be an amazing spectacle for all the family. But we would recommend you arrive early.”

“As no vehicles will be allowed access to Landguard on the day, people should either use the special bus service or, better still, become one of the invaders or defending force by joining in the fun march with the re-enactors.”

The battle is due to commence at 12noon, but everyone is invited to join the special march with the re-enactors, which will start from the Felixstowe Beachside Events Area at around 11am.

Please note: Because of this event, View Point Road (the main access to Landguard Fort) will be closed to all traffic on Sunday, 25 June. Visitors can access the Peninsula by foot, cycle or take the special bus service which will link key car parks in the town with Landguard.

The Fort and Felixstowe Museum will open to the public after the battle (from about 1pm). Admission will be free of charge.

The SAFW Official Event Guide is now live at www.visitfelixstowe.org.uk/suffolk-armed-forces-weekend

It provides all the information you need to play and enjoy the weekend, including the timetable for each day, useful travel information and much more.

The Suffolk Armed Forces Weekend is a county event, which is being hosted by Suffolk Coastal District Council and being held in Felixstowe.

This is a community event, which is being supported by a variety of organisations such as the Suffolk Armed Forces Community Covenant, Royal British Legion, Felixstowe Town Council, Suffolk County Council, Landguard Fort Trust and the Royal Marines Association, as well as Suffolk Coastal District Council.