31 January 2023 will mark the 70th Anniversary of the 1953 floods in Felixstowe – the largest peacetime disaster in the region,  in which 41 people lost their lives. In order to commemorate this significant anniversary, a number of remembrance events, organised by Felixstowe Parish, Felixstowe Remembers and Felixstowe Town Council, will take place in the town.

The Felixstowe Flood Memorial was built in Langer Road to ensure that the events of 1953 would never be forgotten. Work was recently undertaken by Felixstowe Town Council to refurbish elements of the Flood Memorial in preparation for the 70th Anniversary. This work included refurbishment of the memorial bench, and renewed planting. 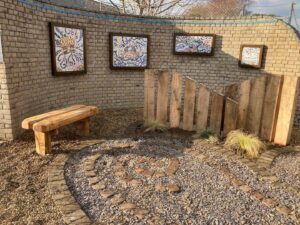 On 29 January at 6pm, a short service will be held at St John’s Church, Orwell Road, to remember all those who lost their lives in the tragic events. All are welcome to attend. A digital copy of the service sheet can be found here.

On 31 January at 10am, a memorial service will be hosted at the Felixstowe Flood Memorial on Langer Road. A digital copy of the service sheet can be found here.

Later that day, at 6pm, a torch-lit procession will depart from Felixstowe Flood Memorial, travelling past the previous homes of the 41 victims of the disaster.

Local author, Jean Macpherson will be launching her new book, Never to be Forgotten – The Felixstowe Floods of 1953, on 28 January in Felixstowe Library at 11am. A series of signs, erected by Felixstowe Remembers and sponsored by AGL Astral Global Logistics, detail the names of all those who died