Inspired by the last year’s torch roll call event to mark the Centenary of the end of WWI, Felixstowe Remembers is embarking on a new project to highlight the impact of war on local communities.

In the run-up to this year’s Remembrance commemorations, signs will go up in 66 roads across the area to recognise the 212 residents that were killed as a result of war. All these people died during the First and Second World Wars.

Mayor of Felixstowe, Cllr Nick Barber, said: “Bringing the names of those who lost their lives to the streets where they lived is such a touching way to bring home the reality of the devastation suffered by families across our town. I hope that everyone who sees the signs takes a moment to think about the impact that this would have had, both locally and across the nation.”

Cllr Darren Aitchison, who coordinated the project and who is also Chairman of the Felixstowe Branch of the Royal British Legion, said: “The reason for creating the project was primarily to remember those that died during the wars but also to inform our residents about which areas of town we lost them from. Maybe they lived in your road – or even perhaps your house.  During the research I found out that a soldier who was killed shortly after D-Day lived in my current house 80 years ago.” 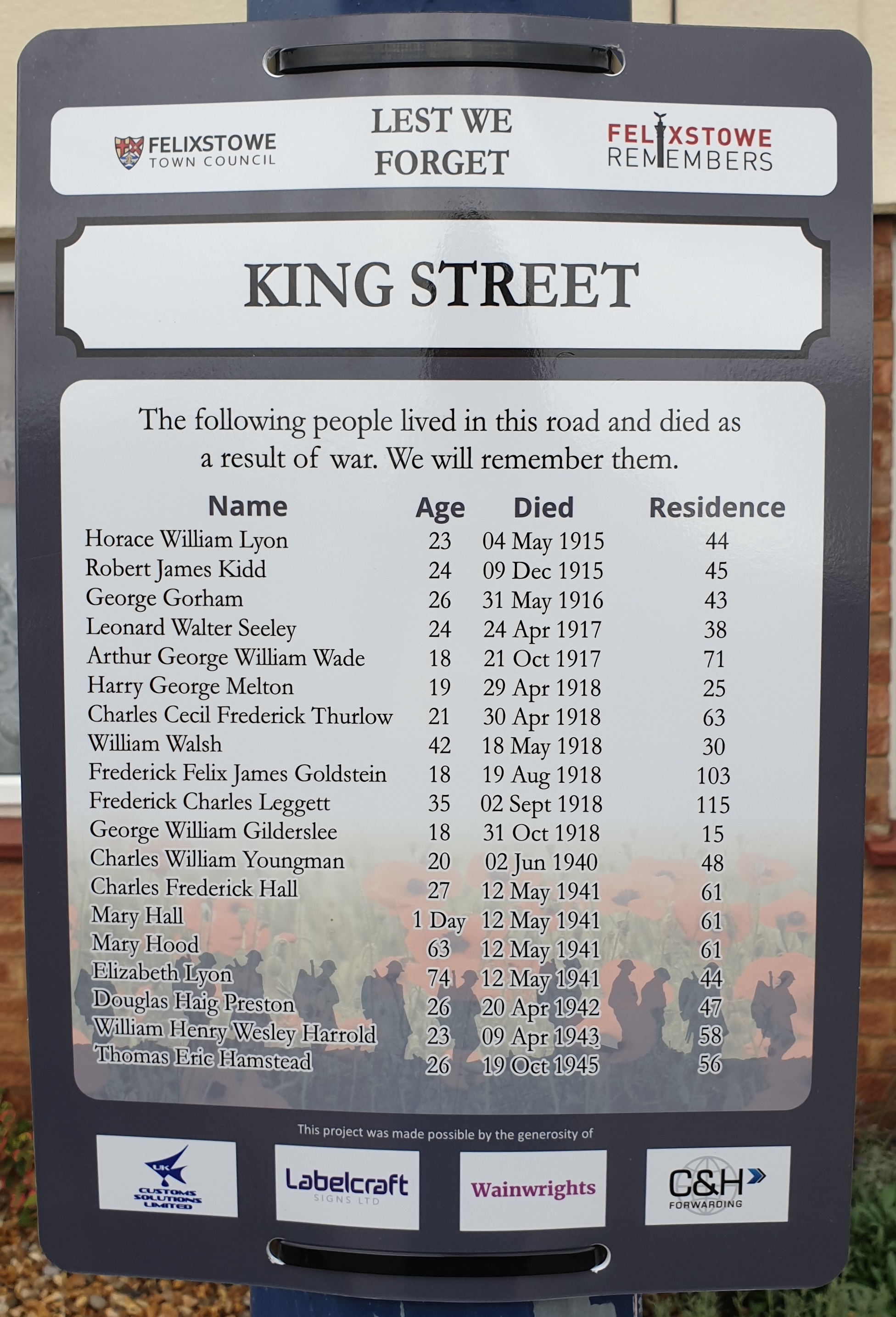 Above: the first sign, which is located in King Street.

The first sign went up in King Street, which lost 19 of its residents to the world wars.  This list includes Charles Hall, his one-day old daughter Mary and his mother in law Mary Hood who were killed at home at No.61 on 12 May 1941 during a bombing raid. Charles was a serving soldier who had returned to Felixstowe on leave for the birth of his daughter. The raid also killed 74-year-old Elizabeth Lyon who lived across the road at No.44, leaving many other homes destroyed as well.

Mayor, Nick Barber and Cllr Darren Aitchison outside No.61 King Street, which was destroyed by a bombing raid in 1941. 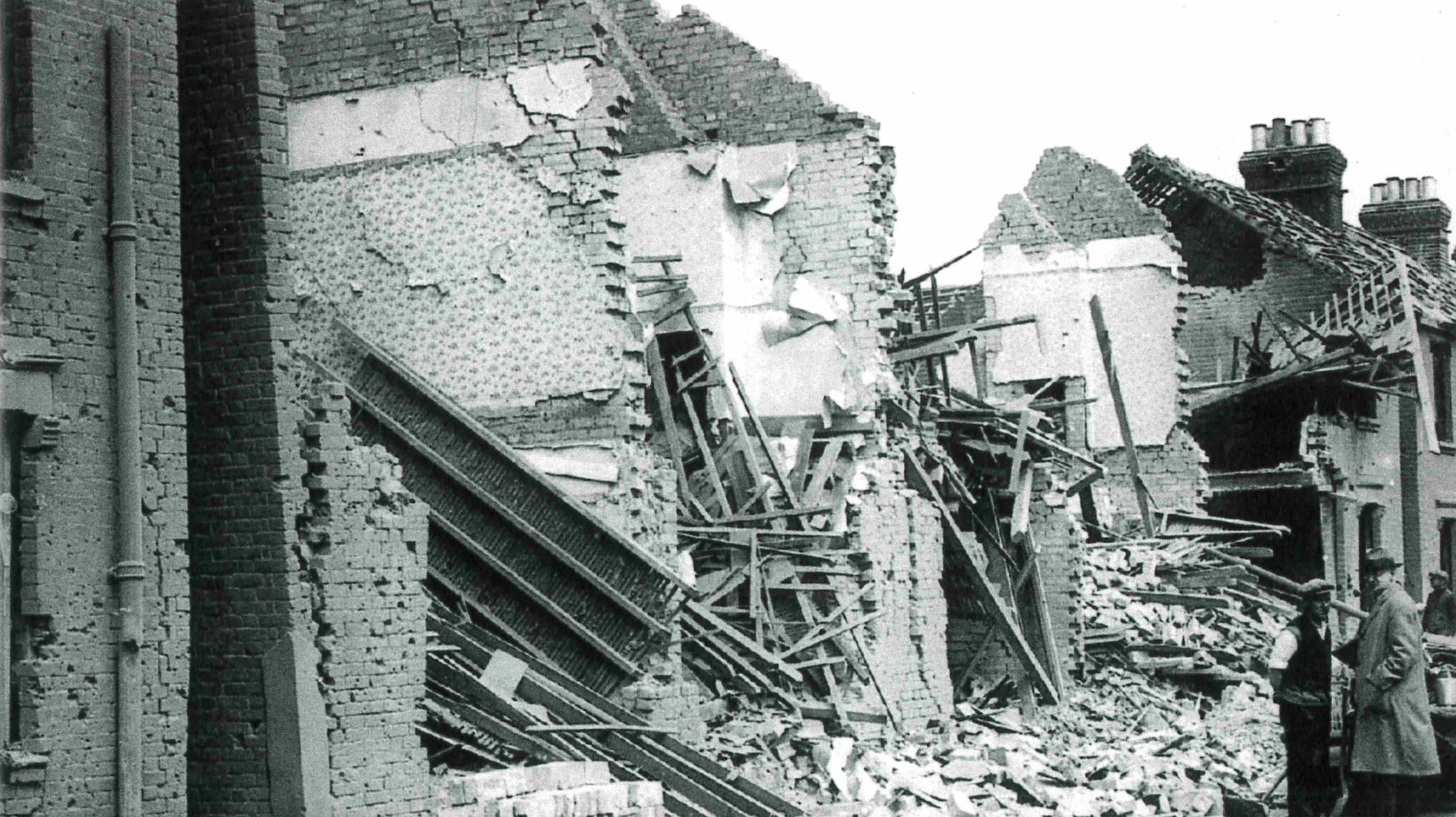 Above: The devastating scenes at King Street, following the bombing raid which destroyed several homes; and, below: the terrace of houses that were built to replace them.

The project has been made possible by funding support from Felixstowe Town Council and local companies Labelcraft Signs, Wainwrights, C&H Forwarding and UK Customs Solutions Ltd.

If anyone is interested in learning more about any of the individuals named on the signs, or has a story to share, please contact Darren Aitchison via felixstoweremembers@gmail.com