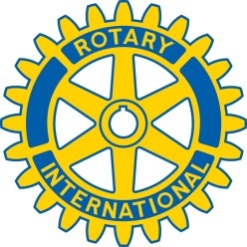 Felixstowe’s two rotary clubs are joining forces with Suffolk Coastal District Council as part of the fight against polio.

The Rotary Clubs of Felixstowe and Felixstowe Landguard are working with Suffolk Coastal to stage a special community planting event in the Seafront Gardens on Wednesday, 26 October, as part of the nationwide Purple4Polio campaign.

“Then, next Spring, thousands of purple crocuses will bloom in in Felixstowe’s icon Seafront Gardens, as well as at hundreds of sites across the country. Suffolk Coastal Norse has identified the bank on the approach to the Spa Pavilion as an ideal area for the planting, so these 5,000 crocus corms will give a wonderful splash of colour when they bloom next spring.”

The Rotary Clubs of Felixstowe and Felixstowe Landguard are helping to rid the world of polio by supporting the nationwide initiative, Purple4Polio.

President Heather Yallop of the Rotary Club of Felixstowe Landguard commented: “As local clubs we work tirelessly to ensure polio is eradicated for good and, with fewer cases being reported, we believe we can end this deadly disease forever.”

President Patrick Wroe of the Rotary Club of Felixstowe said: “Many Rotarians have seen first-hand the devastating effect polio can have to individuals and communities and we’re determined to see this project through.”

Two celebrity ambassadors are supporting Rotary in this latest initiate.  Singer-songwriter Donovan is supporting the campaign because he contracted polio himself at a young age.  TV presenter Konnie Huq travelled to India to take part in administering immunisations against the crippling disease in 2009 and has seen first hand its devastating consequences.

For more than 30 years, Rotarians have been committed to fighting to eradicate polio.  The amount of polio-endemic countries has dropped from 125 to just 3 with over 25 billion children receiving vaccinations.

With eradication now closer than ever, Rotary’s latest campaign is designed to unite communities to engage in activities as part of what the world is hoping will be the final efforts to eradicate polio forever.

The campaign importantly ties in with the 100th anniversary of The Rotary Foundation. Rotary’s own and only charity which has played a key role in making polio eradication become close to a reality.

President of Rotary International in Great Britain and Ireland Eve Conway says ‘the world stands on the brink of an historic milestone and we must focus our efforts on the final push to eradicate this disease to ensure a polio-free world.  We are now so close to finishing the job with only three remaining countries where polio is still endemic – Pakistan, Afghanistan and Nigeria.  That is why the Purple4Polio campaign is so important.  Lets join together to make history and ‘End Polio Now and Forever’.

For more information visit www.rotarygbi.org and see the Purple4Polio information.