Yesterday the Mayor, fellow Town Councillors, local residents and children from Langer Primary Academy, laid a wreath for those who lost their lives to the 1953 flood in Felixstowe at a poignant service led by Reverend Andrew Dotchin. 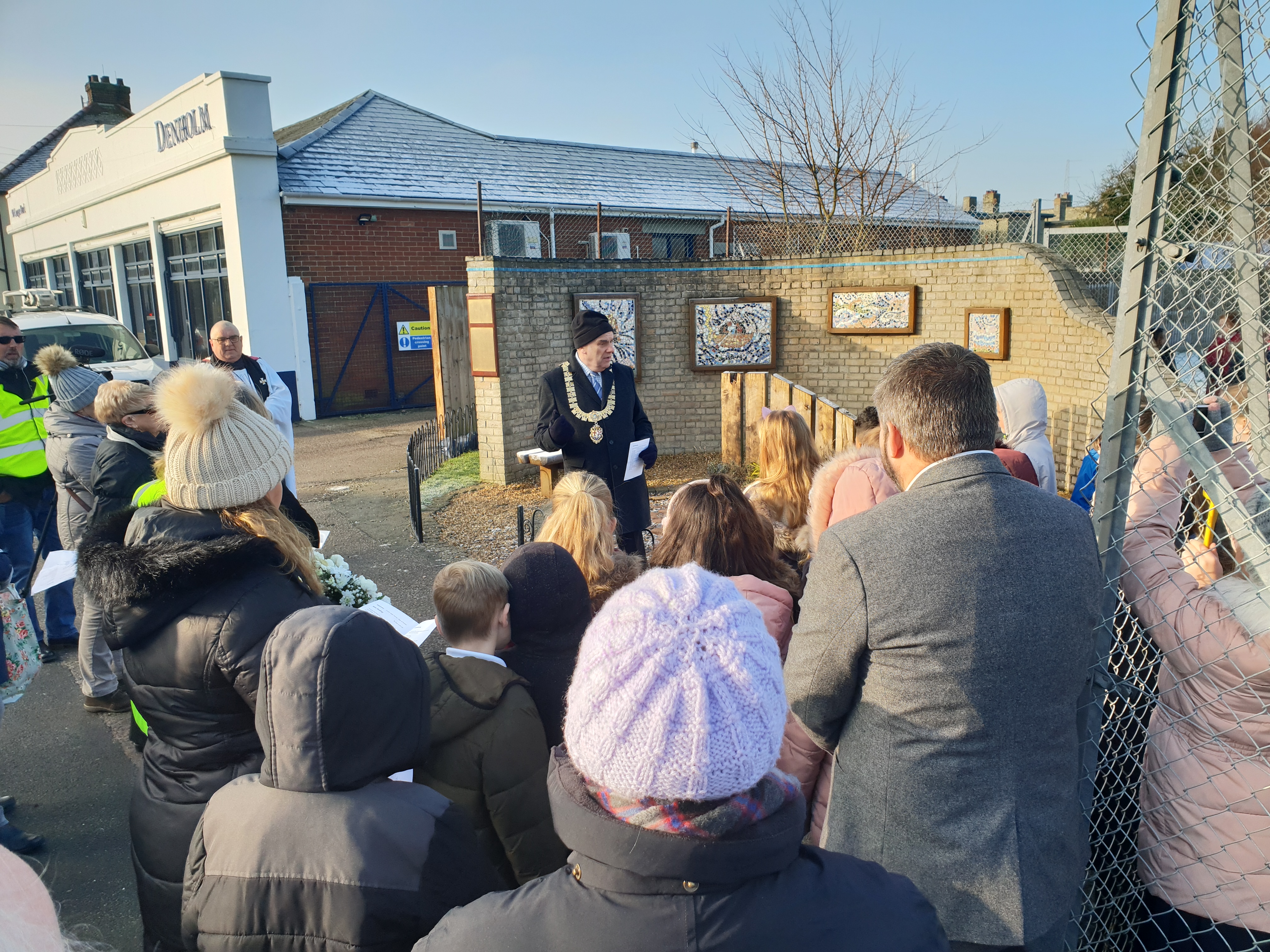 The Mayor of Felixstowe, Cllr Graham Newman, said: “”66 years ago, the greatest-ever peace time disaster to hit Felixstowe occurred on the night of 31st January 1953, in which 41 of our residents lost their lives.  Many more were bereaved and lost their entire homes, some of whom were present at our commemoration service.  Whilst we are so much better off today, with reliable weather forecasts, flood warnings and means of communication – not to mention the £millions which have been invested in flood defences since – we should never forget the anguish and sorrow of that night, or its

legacy on the future planning of our town” 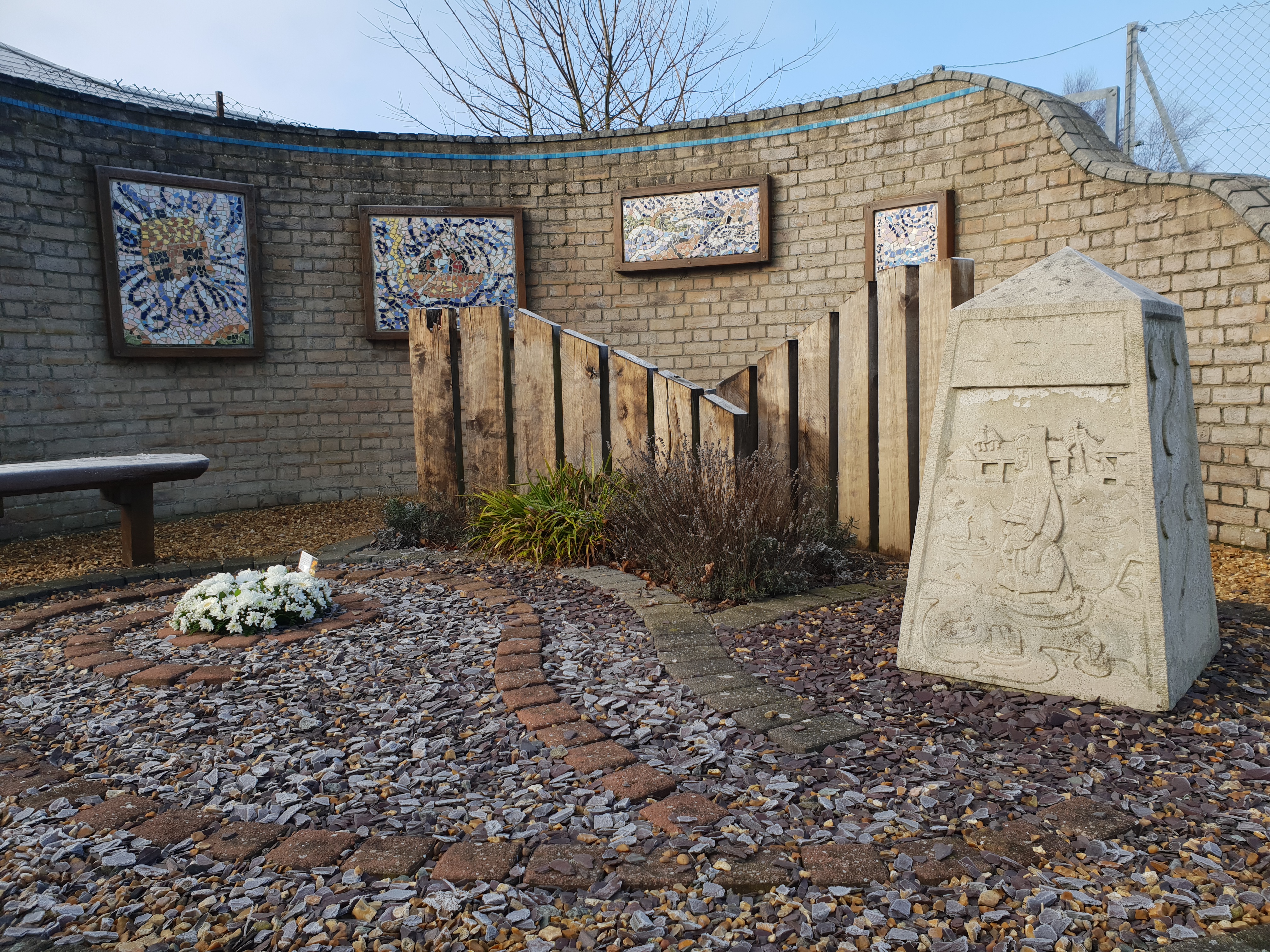 The Flood Memorial at Langer Road provides a permanent reminder of the devastating effect of the tragedy and the efforts of the local community during the emergency and its aftermath. Fittingly, the Town Council marked the anniversary with an exercise to test its Community Emergency Plan (CEP).

Developed in conjunction with Suffolk Resilience Forum (SRF), a CEP is designed to coordinate information, support and local resources that may be useful in an emergency situation; whilst acknowledging that the SRF as a multi-agency group would provide strategic, tactical and operational response to a major incident.

Felixstowe’s CEP was established by the Town Council last year to provide a practical approach to community support in the event of an emergency in the town in order to lessen its impact.  Whilst the CEP has been produced to address the type of emergency incidents that might affect a coastal town it is also intended to assist with any emergency in Felixstowe.

In a hypothetical exercise designed by the Emergency Planning Officer at the Suffolk Joint Emergency Planning Unit, Members and officers from the Town Council were tasked with initiating the CEP to establish short term shelter for a local care home following discovery of a burst water pipe.

The Town Council was pleased to find that the Community Emergency Plan was able to provide a robust and swift response to this small scale community emergency and during the exercise a number of local resources that had offered to be listed in the Plan were contacted to assess their availability to help.

The Town Council’s nominated Emergency Plan Coordinator, Cllr Steve Gallant, said: “it’s a fact of life that sometimes things go wrong and where this results in detriment or suffering to members of our community it is only right that the Town Council and others should seek to do what they can to alleviate this harm. Our Community Emergency Plan enables us to mobilise a host of resources that can come together to offer assistance and I am really pleased with the way that the exercise went. It also provided an opportunity for a few lessons to be learnt which we will readily take on board”

If you, or perhaps some organisations you are involved with, are local to Felixstowe and have resources at your disposal that might provide useful to the community in the event of an emergency, we would like to hear from you. Equally, if you have already offered your services and your contact details have changed since last year, please also let us know. Contact debbie.frost@felixstowe.gov.uk for further information.

A public version of the CEP is available on the Town Council’s website www.felixstowe.gov.uk/emergency-plan