Felixstowe Town Council is deeply saddened by the loss of Councillor Graham Newman, who passed away on Wednesday 28th December after a short illness. 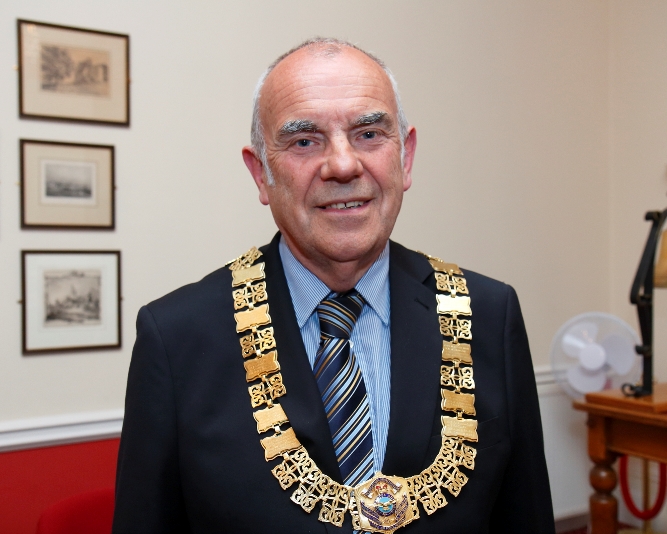 “We have all lost a wonderful colleague and a wise, passionate voice in our local democracy. Felixstowe has been Councillor Newman’s home for 30 years and Graham truly served Felixstowe tirelessly, as a town councillor since 2009, becoming Mayor in 2014/15, and again in 2018/19. He was incredibly proud to represent his ward as a Conservative Councillor and was hugely energetic as an advocate for the Town. Graham was very conscientious at Council meetings and his contribution was greatly valued and I can’t imagine future meetings without his deeply knowledgeable and constructive input.  He was a great and wise mentor to new Councillors and Mayors too, offering guidance and encouragement.

He was also enthusiastic about transport, particularly rail travel. He had an impressive knowledge of the wider transport issues and served as Chairman of Felixstowe Travel since 2016. He was also Chief Ambassador for Visit Felixstowe and could often be found manning the tourist Information beach hut on the seafront. We will miss Councillor Newman greatly. Our thoughts and prayers go out to his wife Jan and his family at this very sad time.”

A familiar sight – Graham on his favourite mode of local transport.

Graham was born in Epsom, Surrey and moved to Felixstowe in 1992, having worked for some time at the BT offices located then at Anzani House.   Graham was first elected to the Town Council in 2009 and  was also a long-serving Member of Suffolk County Council. Read the County Council’s tribute to him on its website here.