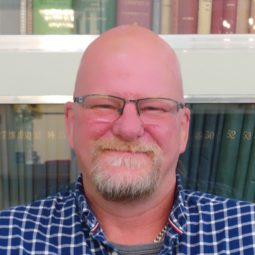 I was born in Felixstowe in 1959 – the third of 3 brothers – with a sister to follow a few years after.

Educated in Felixstowe – leaving the Lower 6th of Deben High school in the Summer of 1976 to work at Tesco as an SMT (Store Management Trainee).

From there, I worked for the Felixstowe Dock & Railway Company where I eventually ended up in the IT Department as a Shift Leader.

In 1985, I became Special Constable 209 working out of Felixstowe Police Station.

In 1987, I joined the regular police service and became Pc 535 – again working out of Felixstowe.

Over a period of time, having also policed in Woodbridge and Ipswich, I returned to Felixstowe in 2001 as Sgt 535 to run a community policing team to test the theory of what was to become Safer Neighbourhood Teams. Subsequently, I became responsible for the first SNT in this area, working out of Kesgrave 2005-2008.

In 2008 I was elected as the Secretary of the local Police Federation – a position I held until my retirement from Suffolk Constabulary in late 2016.

I now run my own business flying ‘drones’ commercially and training / teaching / assessing other drone pilots to be able to ‘fly safe / fly legal’.

My wife is a CQC Registered Manager of a residential care home in Ipswich.

Elected in May 2019, Mick Richardson is the Felixstowe Town Councillor for the Marshes Ward